Somebody, Everybody, Anybody, Nobody 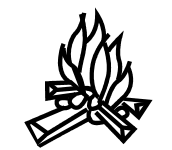 
The Spirit of Scouting is within each boy. The Promise and the Law are both parts of it, and
so is pride. Pride in one's self, his den, and pack, his family and nation; pride in his
accomplishments. The awards are hollow and meaningless unless he met his trials with
determination and did his best to overcome them. The pack and its leadership exist only for the
boys, to challenge them to bigger challenges and honor them for their accomplishments.